Written by Sarah Chocron ’25, Morehead-Cain Scholar Media Team member. The following story, the second in a four-part series, highlights the many ways that the scholar body creates community and connection as college students at UNC–Chapel Hill.

At the heart of UNC–Chapel Hill, between the two Student Union buildings, lies a walkway entitled “The Gift.” This two-phased installation by artist Senora Lynch of the Haliwa-Saponi tribe is a testament to the simultaneous unity and diversity of Native American life on campus.

You don’t have to look far to see the vibrancy of the Native American community at the University, as exemplified by the Carolina Indian Circle (CIC) through the UNC American Indian Center (known as a “home away from home” for all Indigenous students at Carolina).

Zoey Locklear ’25, a CIC member, describes the student group as a place of culture, heritage, outreach, and comfort. Meetings are held weekly and are often supplemented by events celebrating Native American culture through spoken word, storytelling, dancing, and a sense of togetherness.

Zoey grew up immersed in the traditions of the Lumbee and Coharie tribes. She was chosen as a representative of the North Carolina Native American Youth Organization, where she became executive secretary.

At the University, in entering a space that has not always welcomed (or even granted degrees to Native American students), it was important for Zoey to find a group where she could find cultural commonality and support. The CIC facilitates a mutual understanding of heritage and enables its members to find a “taste of home.”

Along with a newfound network, Zoey has felt invigorated by the need for continued Native American activism at UNC–Chapel Hill and the work she could apply herself to during her four years as a college student. (Less than a month ago, the University officially recognized the second Monday of October as Indigenous Peoples’ Day in response to years of CIC-led petitions.)

The doors of the CIC are open to all, whether an enrolled member of a tribe, someone seeking to learn more about their heritage, or simply as an ally to the Native American community. You can seek out more information by following the CIC on Instagram (@cic_unc) or by signing up for emails on Heel Life.

Zoey Locklear ’25 of Roseboro, North Carolina, graduated from Clinton High School (CHS), where she served as student body president, and the North Carolina School of Science and Mathematics, where she was a student ambassador and a member of Akwe:kon, the Native American students club.

A proud member of the Coharie Tribe, Zoey served as secretary of the North Carolina Native American Youth Organization and as president of the Native American Student Organization at CHS. She assisted with and participated in culture classes, coordinated the annual CHS Native American Heritage Program, and represented both offices at various powwows and cultural events throughout the state. 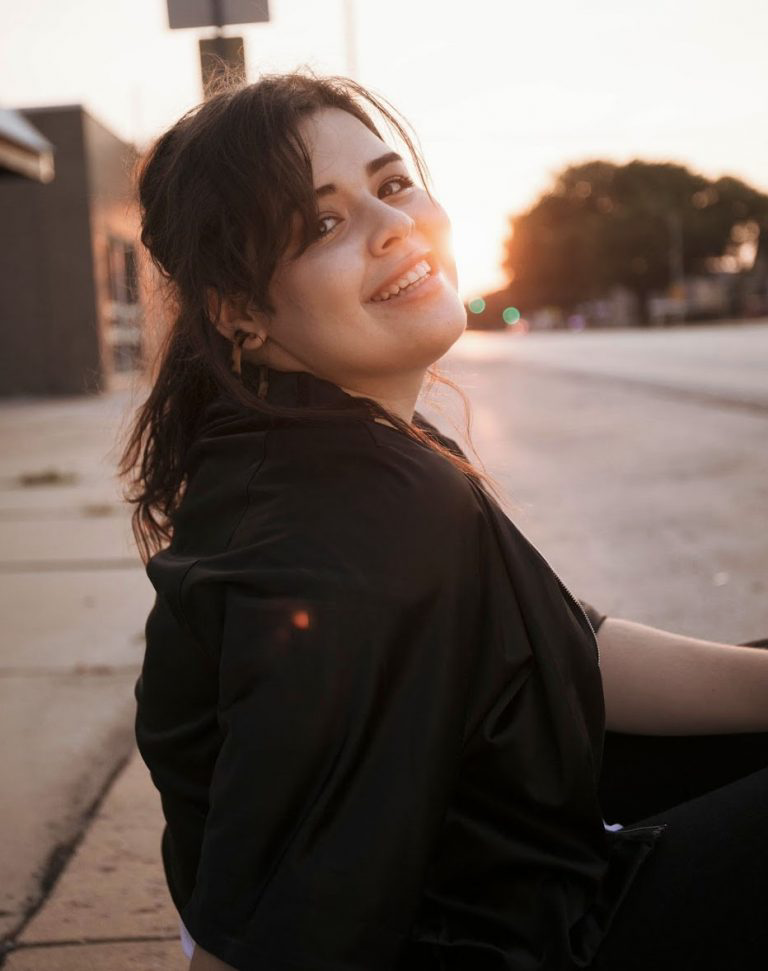 Sarah Chocron ’25 of Wichita, Kansas, is a writer, freelance web designer, and musician. On the Morehead-Cain Scholar Media Team, Sarah covers the selections and alumni beats, with a focus on tech.

The first-year scholar graduated in spring 2021 from Wichita Collegiate School, where she served as editor-in-chief of her school’s literary magazine and led programming and marketing for the robotics team.

Sarah is a co-founder of Griatitude Coffee co., a pop-up coffee shop (led by Ria Patel ’25 and also co-founded by Sasha Surkin, UNC–Chapel Hill ’25) with affordable specialty drinks for students in the Chapel Hill area. She plans to pursue a double major in information science and history with a minor in cognitive science.